There are some changes now brought up in the pension scheme which is followed by government. It is considered that there are plans for bringing down the scheme of family pension and there will be cut in the allowance that is given for disabled pension. But the current announcement from government has made many people to float in amazement as the percentage has been increased to an extent which is not expected by many people especially pensioners. The family and disability pension has been revised perfectly, on the recent circular received from Controller of Defense Pension Accounts. 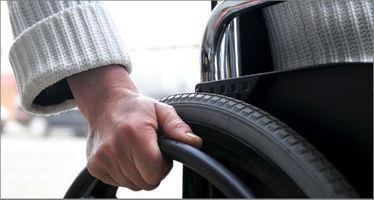 History of Revisions for disabled Pensioners:

One of the biggest advantages in the revision is that there is a special provision being given for those posts that are previously not covered up for the disability pensioners. Similarly, the postings that are not being covered by the pension scheme will be now covered by family pension. Previous revision was held on 2008 with effect from 01.01.06 under the Central Civil Services.

For those deceased government servants coming under the pension scheme, their pension amount have been increased to 60 percent of the pay band scale which is way higher than the current scheme that is being followed in the pension process in the past revision held of 2008, but now it will be increased further. Also the minimum amount has been increased to a minimum 7000 rupees with respect to the revision held on 2008, which is also a good margin, now it would get increased further.

Effect of the Revised Disability Pension:

As how the family pension is being revised, disability pension has been revised for different pay bands and grades. For different grade of pay scale, revision is being made in the aspects of salary wherein employee has to show the proof to which extent they were being disabled to make sure that they are receiving their pension in accordance to the revision in the pension scheme. Amount of pension varies depending on the percentage of disability and also the last position they served.

In case of any discrepancy in the amount that has been credited, concerned parties can directly raise a query on the process which they are being considered in the revision and get clarification with the concerned authorities within a short period of time. Orders are also issued to all concerned authorities and they are also requested to take it to the respective parties on high priority.